The Most Beautiful & Historic Theatres in DTLA 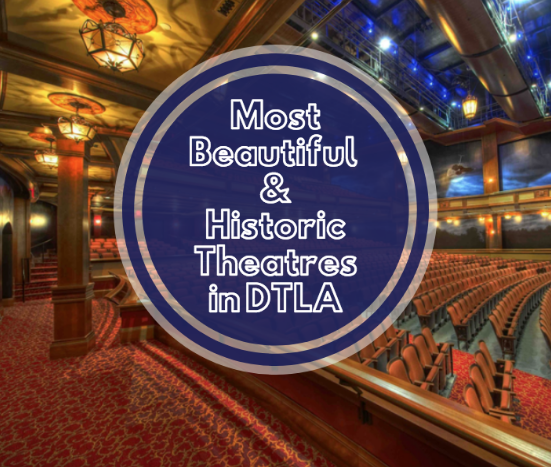 Located in the Broadway District, this theatre was known for its grandeur and elegance. Opening in 1921 it dethroned the Orpheum as the theatre in the Broadway district with the most seats with a capacity of 2,350. The theatre is 12 stories and created in the Beaux Art style while the inside is made to replicate a Spanish castle.

A landmark in LA since 1918, the theatre was the first movie house designed by Sid Grauman, also famously known for the Chinese Theatre in Hollywood. The exterior of the theatre is in the Spanish Colonial Revival style. The theatre is now a part of the Grand Central Square project which includes the theater as well as Grand Central Market.

The Theatre at Ace Hotel

Initially built in 1927, the Ace Hotel has since undergone a restoration project to return the old theatre into a new and improved version of itself. Today, the newly refurbished theatre has played host to some live events including concerts, dance performances, movie

Opening its doors in 1931, the theatre opened with the world premiere of City Lights, a movie that many believe to be Charlie Chaplin’s most significant piece of work. The theatre was the last of the ornate and extravagant theaters built on Broadway though today you will still find it in all its former glory. The theatre is available to rent as a venue and event space.

In 1911 the theatre became the first theatre to open on Broadway St. As the popularity of movies increased, the Orpheum began to offer a stage for both vaudeville performances as well as film. As the demand grew, a new Orpheum Theatre was built in 1926, which is the same theatre we have today. Today the theater is a renowned venue that hosts theatre productions, concerts, award shows, television shows and more.