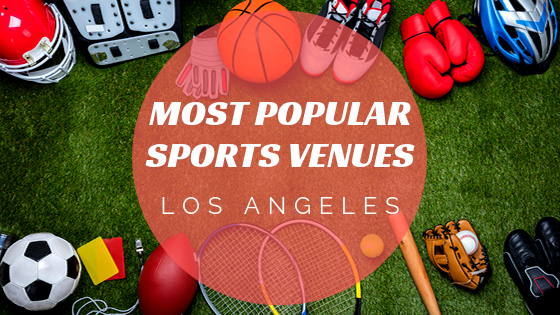 One of the great things about Los Angeles is that it is home to several sports teams. The most prominent of these include basketball, football, hockey, and soccer teams. Many of these sports teams and iconic sporting venues have been around for years. The Los Angeles Athletic Club Hotel photos offer a chance to see the Los Angeles history of sports and other pictures from the early history of LA. If you’re a sports fan, do as the locals do and check out some of these popular sports venues in LA.

Centrally located in Downtown LA, The Staples Center is one of the most well-known sporting and entertainment facilities in Los Angeles. The arena is probably most associated with being the home stadium of the LA Lakers and the LA Clippers, often drawing celebrities such as Jay Z, Leonardo DiCaprio, Jack Nicholson, and many more. The Staples Center is also home to the LA Kings and the LA Sparks women’s basketball team.

This outdoor stadium plays a significant history in LA. This National Historic Landmark was built in 1922 and has been the home of the annual Rose Bowl game held at the beginning of every year. The stadium is also the home of the University of California Los Angeles’ football team, has hosted five super games and hosted the 1984 Olympic Soccer matches during its history. The stadium also hosts many concerts and other sporting events throughout the year.

Built-in 1962, Dodger Stadium is the third oldest park in the MLB, just after Boston’s Fenway Park and Wrigley Field in Chicago. This famous stadium is home to the boys in blue - The Dodgers. Located in Elysian Park in Los Angeles, the stadium is built on a hill and offers fantastic views of the LA skyline below.

This stadium is best known as the home venue for the University of Southern California’s football team. Recently, it has also become the home of the LA Rams of the NFL. The stadium has an impressive capacity of over 93,000 and, as such, is the largest football venue in the Pac-12. This location was also once the home of the LA Raiders as well as the UCLA Bruins. They even twice hosted the Summer Olympics.