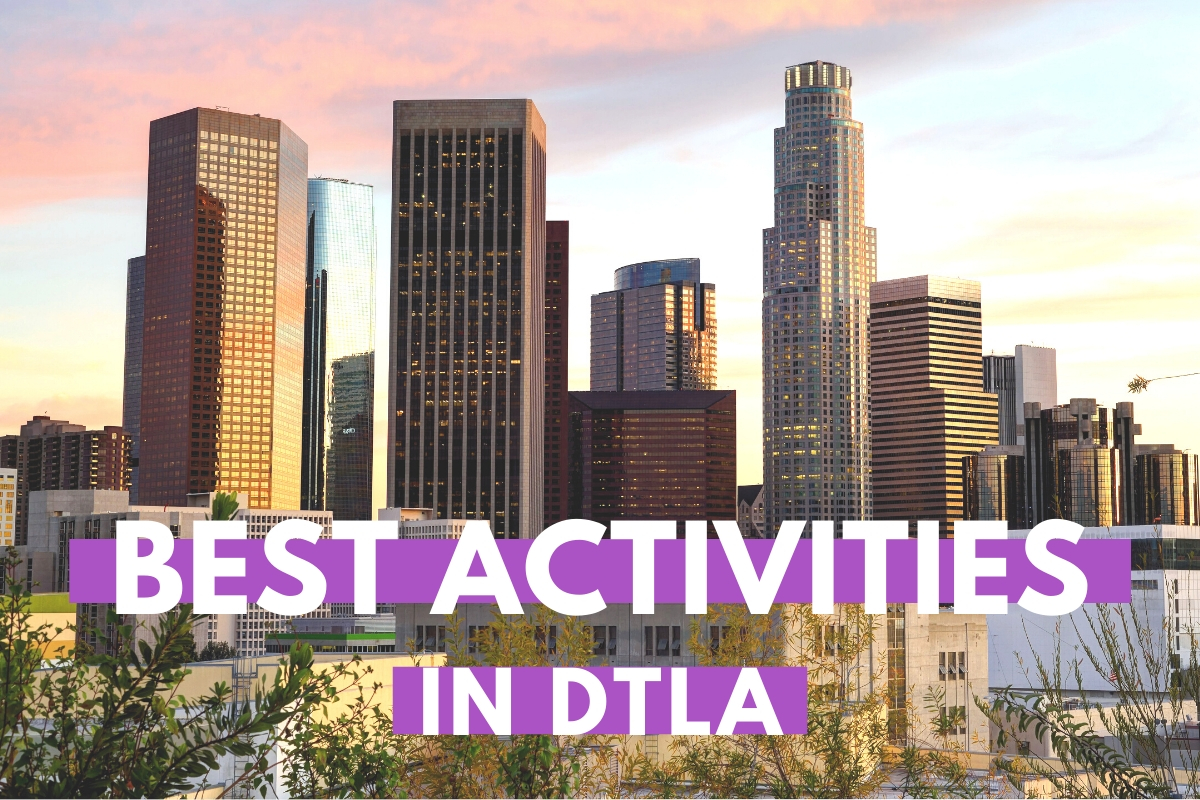 When traveling to Los Angeles, you'll find dozens of areas and places to stay. Locals call Downtown Los Angeles DTLA and spend a lot of time there at the top restaurants and other attractions. While you'll see loads of skyscrapers and other modern buildings, DTLA also features many historical sites that can make you feel as though you took a step back in time. The best activities in DTLA include things you won't find in any other city.

Those who aren't afraid of heights will want to head over to the US Bank Tower in DTLA, where you will experience incredible views from the OUE Skyspace Observation Deck. This is one of the world's tallest buildings and has an observation deck that is more than 1,000 feet above the bustling city streets below. The large glass walls let you see all of downtown and as far away as the San Gabriel Mountains, and Catalina Island. You'll get an even better view of the city through the Skyslide. This transparent slide lets you slide down the side of the building along a 45-foot long chute.

You don't need to visit Anaheim to get a dose of Disney magic because DTLA is home to the Walt Disney Concert Hall. This architectural marvel has large panels sticking out from the top that are unlike those found on any other building. Before your trip, visit the website to check out the calendar of events and get tickets to an upcoming show. Both the LA Master Chorale and LA Philharmonic perform here regularly. The hall even offers free audio tours for visitors who want to have fun in Los Angeles.

Though you might think that DTLA is crowded and busy, Grand Park offers the perfect place to get away from it all. With 12 acres of land situated in downtown, this park is an oasis in the middle of skyscrapers. The interactive water jets help visitors cool off on hot days, but there are also lots of places where you can relax and enjoy your time there.

The Grand Central Market opened in 1917 and quickly became home to some of the best food in DTLA. This is where you'll find authentic food made from recipes that immigrants passed down through their families. Even if you aren't hungry, you can hang out and pick up spices and dry goods to take home as well as fresh produce from local farmers. You may even pick up a new recipe or two.

Fans of music won't want to miss the Grammy Museum that offers a new look at this award show. It features four floors of exhibits and artifacts that date back to the first show, which aired more than 50 years ago. Not only will you find memorabilia relating to Elvis and The Beatles, but you'll see exhibits dedicated to new artists such as Lady Gaga. Some of the best points of interest in DTLA are near the museum, so you can spend more time exploring the city and less time in the car.