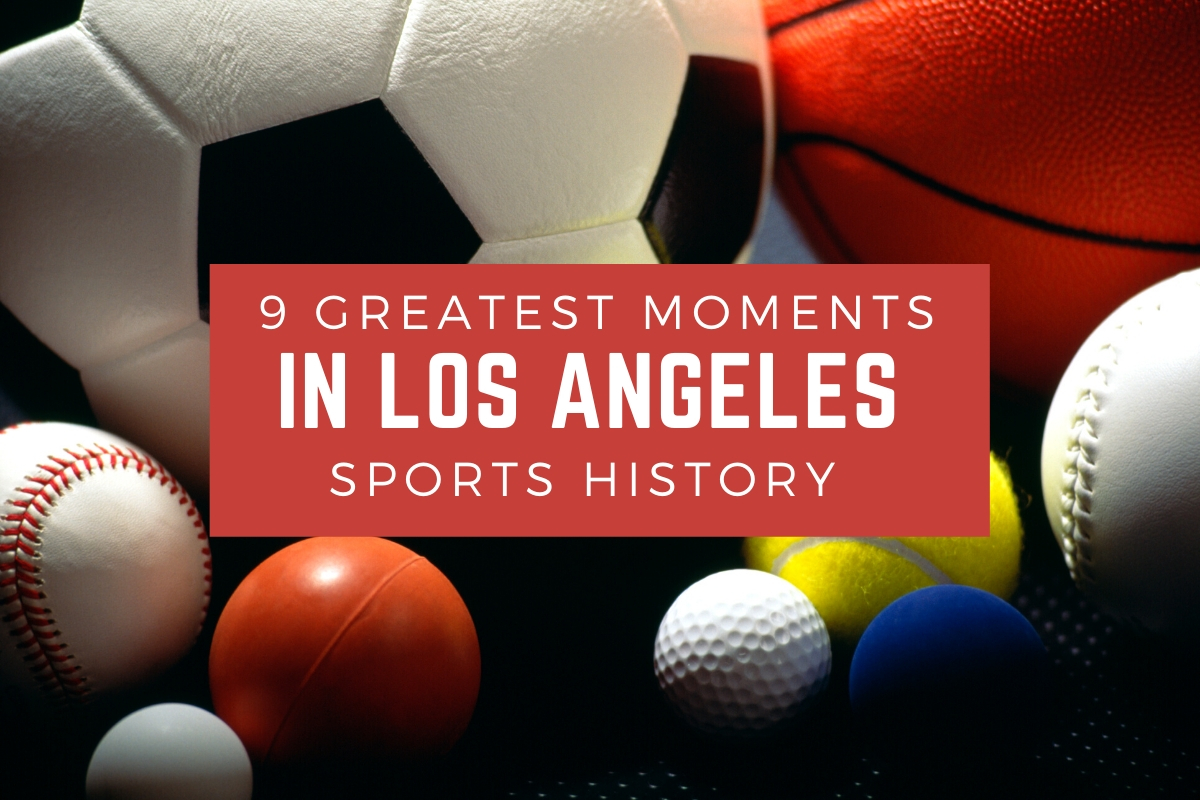 Los Angeles is home to more professional sports teams than almost any other city in the west. You can get tickets and watch the Angels, Dodgers, Rams, Ducks, Lakers or Kings play. The Chargers moved back to the city from San Diego in 2017 and hoped to win a Superbowl for LA. Before or after watching a game in person, you can look back on the nine best moments in Los Angeles sports history.

The 1988 World Series was a unique sporting event for fans of local teams because it saw the LA Dodges go head to head against the Oakland A's for the top spot. In Game 1, Kirk Gibson knocked the ball out of the park with a home run that helped the Dodgers win with four runs to one. This would give them the boost they needed to win the World Series that year.

While soccer wasn't as popular in the United States in the 90s as the sport is today, thousands of fans headed to the Rose Bowl for the 1994 World Cup. The American team competed in the World Cup for many years but hadn't brought home the championship trophy since 1950. More than 93,000 fans saw the Colombian team make a mistake, and Ernie Stewart shot the ball into the goal to help the Americans win the World Cup by just one point.

The Grand Prix of Long Beach is now one of the ultimate races on the IndyCar schedule. Chris Pook worked as a travel agent for many years before deciding to open that race. Held in 1975, it saw 75,000 racing fans come out to support their favorite drivers. Brian Redman from England walked away with the win.

Another popular racing event and one of the best moments in Los Angeles sports history occurred in 1935 with the first Santa Anita Handicap. Horses who were four years or older and part of the Grade 1 group could participate. Azucar won the first race and made this one of the top horse races in the country.

On January 22, 2006, Kobe Bryant helped the hometown Lakers beat Toronto and set a record. The 81 points that he scored put him in the record points as one of the highest-scoring individual players. He remains second on the NBA's list of players who scored the most points in a single game.

Derek Fisher helped the Lakers in 2009 win against the Magic during the NBA finals. During regulation play, he hit several three-point shots that helped tie the game. When it went into overtime, he hit another three-pointer with less than 32 seconds on the clock.

Fans of ULCA were impressed in 2004 when the women's teams brought home four championships to the university in only eight weeks. They won in track and field, golf, softball, and gymnastics between April and June. You might see similar action when you check out an LA amateur golf tournament.

The next time you head to a game in LA, you may want to recall these nine best moments in Los Angeles sports history.